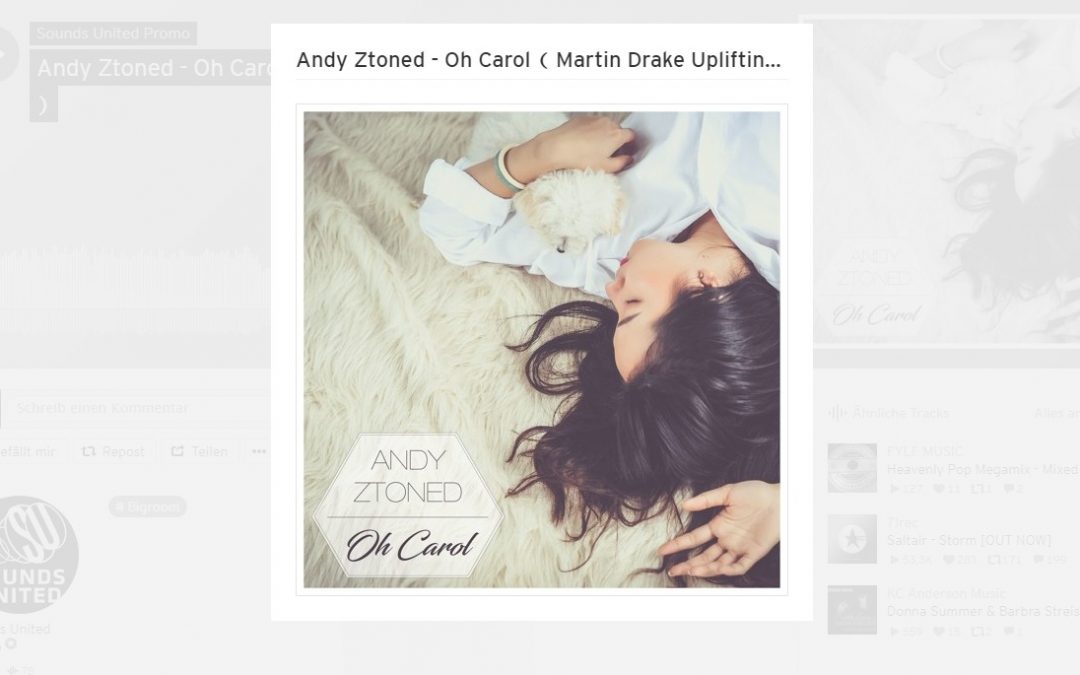 After some weeks of hard work for several projects I finally finished my remix of the new Andy Ztoned single „Oh Carol 2k17“. When I heared the vocals I instantly had the idea in my head. What a uplifting bomb this could be 😀 Thanks to Dieter Stemmer I had the chance to do a remix (which was one of 2 I made – the second one is the GAS! Rework). The release will be in November 2017. You can hear the Martin Drake Uplifting Remix now on Soundcloud and in the next episode of my little radioshow TranceElements 🙂